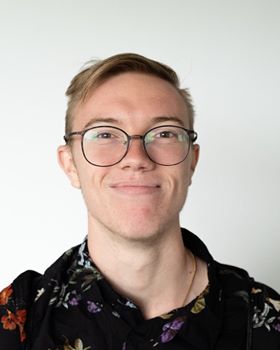 Ben is from Phoenix, Arizona and is currently serving in Lausanne, Switzerland. He has been in Lausanne since Fall of 2019, and is loving spending time in Switzerland experiencing all that God has planned for him.

Ben thoroughly enjoys and loves reaching the lost for Christ and strongly believes in the command of the Great Commission given to all followers of Christ in Matthew 28. Ben is currently full time staff at YWAM Lausanne and feels like a full time life of missions within YWAM is what God has planned for his life and future, seeking Jesus daily to confirm this idea.

As missionaries raise their own support, and as all staff within YWAM are unpaid, finances are raised from a network or a team of family, friends, churches that all believe in what we as missionaries do. Ben also strongly believes in the idea of a partnership rather than just asking for financial provision. He believes in the idea that God calls people to reach the lost and God also calls others to join in relationship with Him and with the missionaries. A constant communion between the three parties.

Ben would love to invite you to prayerfully consider becoming a partner and part of his team, as he continues to seek God in his life. Paul writes in 1 Corinthians 9:11 "If we have sown spiritual seed among you, is it too much if we reap a material harvest from you?" God encourages missionaries to ask, and receive from those around us. For it is only through you supporters that this spiritual work can be sown. Thank you for reading, May God bless your life and relationship with him.