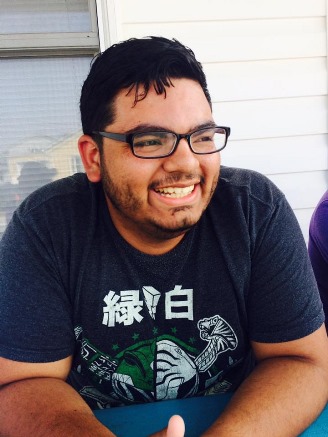 Erick is from Salisbury, MD. He has felt a calling from God to become a missionary and decided to step out, in faith, and join the Circuit Riders on their Carry the Love tour. He will be joining them as a musician, playing various instruments and becoming a part of the band. Their goal, as a group, is to go to college campuses around the United States and spreading the love of Jesus Christ to everyone they meet. They will be kick starting Jesus movements on many college campuses and partnering with ministries already established on those campuses, to challenge believers to be bold in their faith and spread the Gospel.

This is exactly how Erick came to become part of the Circuit Rider group. They came to Salisbury University and through the Holy Spirit, sparked something in Erick's heart to say yes to dropping everything he had and doing what God had called him to do. He quit his job, family and friends, to join this group and allow God to use him daily, through his musical gifts, to minister to others and love like Jesus did.