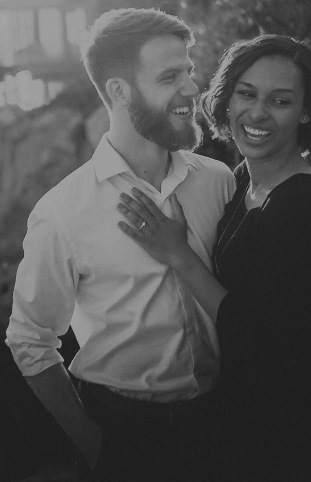 Michael and Yasmin are full-time missionaries with Circuit Riders, which is a branch of Youth With A Mission (YWAM). At an early age they both met Jesus, and He began speaking to them about universities and also about developing nations; both of which quickly became core passions and pursuits in both of their lives.

Their focus with Circuit Riders is primarily in evangelism and discipleship on university campuses across America. Every year they travel to dozens of campuses from the Ivy Leagues of the Northeast to the large state schools of the Southeast, working with teams of university students to see their campuses reached with the love of Jesus.

They are passionate about seeing the next generation of leaders know the love of Jesus, not just in America, but in developing nations and war-zones as well.

Michael and Yasmin are currently building a team of investors who will give $5,000 a month, which will allow them to fully serve what God is doing on the universities of the nation. Would you prayerfully consider joining this team of monthly investors, or contributing a one-time gift?


If you have any questions regarding your online donation,
please contact Equipnet directly at (925) 478-4320 or
e-mail us at accounting@equipnet.org.