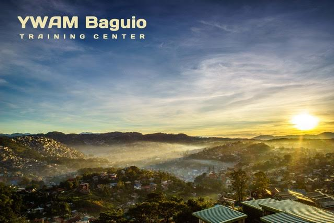 Pioneered in 1972, Baguio became Youth With A Mission's first base location in the Philippines, and the site of Asia's first Discipleship Training School (DTS).

Since then, over 1000 students, from every inhabited continent, have walked through our doors to "Know God and Make Him Known". Many of them have walked out those same doors to pioneer and expand ministries, as well as to plant churches in the nations of East Asia and among the provinces and tribal peoples of the northern Philippines.

YWAM Baguio is called to make disciple-makers who will join us in reaching the least, the last, and the lost of Asia, beginning in the Philippines.