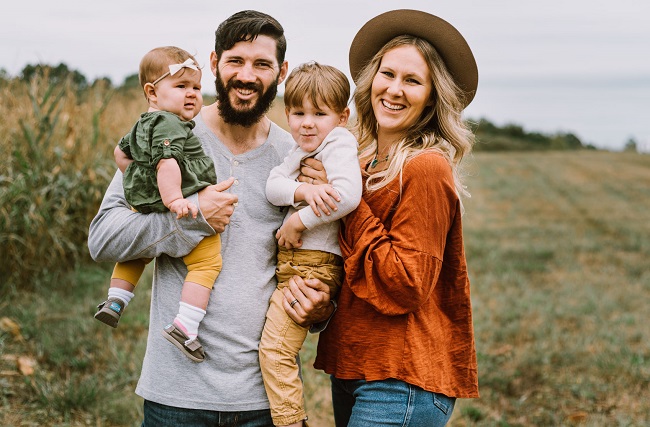 Our family is going to serve on staff with YWAM San Diego Baja, in Tijuana, Mexico. Tijuana is a rapidly growing city in Mexico of over 2 million people, with over 300,000 people crossing back and forth over the border each day. Despite the high volume of US tourism, beautiful beaches, and trendy cafes, hundreds of thousands of people in this city live in extreme poverty, darkness, and despair.

With YWAM San Diego Baja we get to be a part of blessing these people with God's generosity; bringing them the hope of the gospel, and ministering to their needs. Homes of Hope is at the heart of this YWAM base- it's a ministry founded by Sean Lambert, the director of the base. Homes of Hope now operates in 24 nations, and has built 7000 homes for the poorest of the poor.

Aaron & Lynnea met at Lynnea's parents' Bible Study when Aaron was in the Army, stationed in New York. Aaron had been a soldier for 6 years, and was deeply impacted by Lynnea's parents' ministry there, growing in his faith and being a light in a dark place as he was deployed to Afghanistan twice. Lynnea had been serving with YWAM as a staff member in Perth, Australia for 5 years when she met Aaron, and their friendship grew into romance over years of long distance, sparked by a 3 month time together as Lynnea was home on furlow, and Aaron was back from deployment. They dated long distance and after Lynnea came home from the mission field, got married in 2015. They moved to Aaron's last duty station at Schofield Barracks, HI, where they had Gideon, who is now 4. Feeling the call of ministry upon their lives, Aaron got out of the Army when his enlistment was up, and did his Discipleship Training School at YWAM Perth, going to Mozambique, and Nepal. This is where they, as a family, felt called to the mission field. They moved to Lynchburg, VA where Aaron graduated with a Bachelors in Religious Studies with Liberty University. They are ready and excited to launch into a life of full time ministry in Mexico.

You may also give by check, if you like. Please make checks payable to "EquipNet" and make sure you include my account Equip3524 in the Memo Section on the face of your check.