Scott and Joann Richardson with Cedars92 serve in Beirut Lebanon, offering pastoral care to ministry leaders in the Near East, and pastor the International Community Church (ICC) in Beirut. 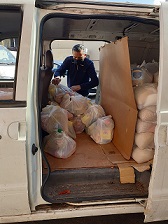 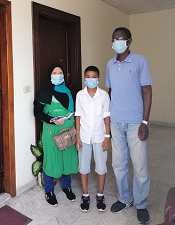 Both of these initiatives are run by women of God who care enough to serve these at-risk people with the love of Jesus. All funds given will be sent directly to them for immediate compassion needs.

Why a call for a compassionate relief fund now?

Since October 2019, when street demonstrations brought thousands out to force the downfall of the government, the economic situation has been significantly worsening in the country, causing severe hardship for both the Lebanese poor and the middle class, as well as Palestinian and Syrian refugees, and migrant/domestic workers from around the developing world. Even though (as of June 2020) Coronavirus cases continue to increase at only a moderate level and the country continues to re-open after lockdown, there is no relief in sight for the people of Lebanon as the economic and political situation spirals out of control.

The Lebanese Lira is plummeting quickly, dropping over 80% in value against the US dollar in 9 months. This has produced:

This is the time to come alongside believers in Lebanon who are helping to serve the poor and to communicate the love of Jesus in practical ways. We invite you to join us as we seek to put into practice the words of Jesus in Matthew 25:

"Then the King will say ... 'Come, you who are blessed by my Father, inherit the Kingdom prepared for you from the creation of the world. For I was hungry, and you fed me. I was thirsty, and you gave me a drink. I was a stranger, and you invited me into your home. I was naked, and you gave me clothing. I was sick, and you cared for me. I was in prison, and you visited me.'