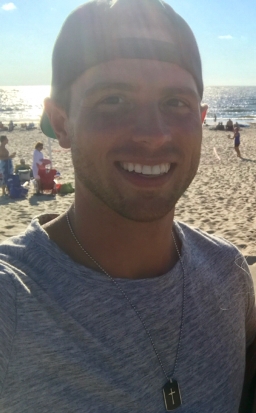 Since the first moment my soul caught a glimpse of Jesus, I haven't been able to look away. Knowing him has compelled me to lay down my life, pick up my cross, and bear anything I can for the sake of loving God and loving people. I wholeheartedly believe the greatest good in the world is God himself. To have God is to have everything. Because of that, I believe the best way I can love others is by encouraging them to walk in relationship with Jesus--unto his glory and their own satisfaction.

In the past decade of aiming to do this, the Lord has increasingly placed on my heart the desire to intentionally seek out the unseen, marginalized, and abandoned. For a long time I tried do this on my own and finance projects without any help. By the encouragement of a few mentors, I realize how much more can be accomplished when partnering with others. While many in the American church have the desire and resources to meet the needs of those who genuinely need help, few are able to find appropriate outlets because they do not live in the same communities or interact in the same social circles as people in need. The aim of this page is to bridge that gap and meet the physical needs alongside spiritual needs of those who are open to receive it.

Those that know me know that I operate out of High Invitation and High Challenge. As the church, I believe we are called to step out in faith. By some trustworthy teachers and the Holy Spirit, I have grown to behold a few truths: Missions exist because worship doesn't. I want to invite you fully into this calling. IT IS BETTER TO BE A SECULARIST OR AN ATHEIST AND CLAIM NOTHING OF GOD, THAN TO CLAIM GOD AND ENTER INTO THAT CLAIM HALFHEARTEDLY. Missions is a simple concept for me. There are only two sides. You're either called to go down into the well or you're called to hold the rope for those that go down. Either way, there should be scars on your hands. Where are your scars? What has it cost you to follow Jesus? The harvest is plentiful, family. The workers are few. Be one or support one. My current call is to support the workers abroad as I continue to disciple locally. Please join me in supporting the workers in the field. 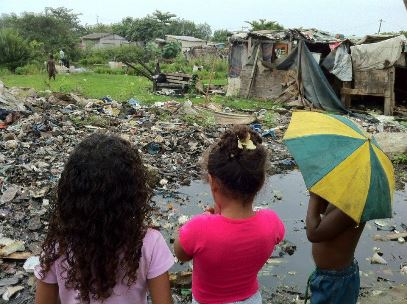 I had the honor of staying in the home of Marcus and Mariana Liotta who live in the poorest favela (slum) of Rio de Janeiro, Brazil. They have been serving the people, preaching the gospel, and making disciples here for the past 8 years. They are completely out of space in their current building which is located in the center of the favela so it is impossible for them to meet all together as one church family at the same time. They have to rotate between days of the week for everyone to hear the word of God, worship, and take discipleship classes. Additionally, they are renting the current building that they use and the landlord keeps increasing the rent for them.

The plan is to build a church building (that they own) in the heart of the slum with enough capacity for all of the people to meet together at the same time for fellowship, and to have a prayer room, a room for children's ministry, a room for discipleship training and counseling, and a small room for music lessons. All of this can be done for the grand total of $40,000. In the US, a similar project would cost at least 20 times this amount. Our dollars can go further to help more people when they are used in a place of great poverty. To learn more about the people leading the church, please read below.

Their story is miraculous in today's society. I'll keep it brief but if you have more questions, please ask me (or them!).

Marcus (who didn't grow up in church) and Mariana (who grew up in church but wasn't walking with the Lord) were living a wealthy and successful life together in their ritzy flat on a beautiful tourist beach on the edge of Rio de Janeiro. They were boyfriend and girlfriend and moved in together after meeting in a trendy night club. Marcus was making a lot of money as a talent agent for famous Brazilians and the two were traveling the world in a life of luxury. One night the Holy Spirit convicted Mariana of the life she was living, and so she planned to move out by the end of the week. She hadn't told Marcus her plan yet, but she felt the need to go to a church service mid-week. Marcus thought she might be fibbing and going to see another guy so he said "I'll come with!" Mariana obliged, and they went together to a night service offered by a local church. In that service, Marcus was cut to the heart so deeply by hearing the gospel for the first time was uncontrollably crying and gave his life over to Jesus. Over the next few months and years, they would learn together what it looks like to follow Jesus with their whole hearts because it was so new. Fast-forward a bit, and they were looking for their next vacation spot in the Caribbean. While on searching on Google Earth for a good snorkeling spot (because they were going to stay on an island with a nice beach and then fly back and forth between other islands with good snorkeling spots), Marcus clicked on a magnifying glass that gave him a close of view of some slums in Haiti. He was so taken back by this poverty that he was astonished. The Holy Spirit fixated Marcus's heart on this poverty, and he felt like they needed to change their vacation plans to go there and serve those people instead of relaxing on beaches and snorkeling reefs. He never thought Mariana would go for it because she is such a "pretty girl who does not like getting dirty," so he was nervous to share what the Lord had told him.

When he told her, much to his surprise, she said, "Absolutely! If that's where the Lord is leading we should follow him." And off they went. While they were in the slums in Haiti, the Lord broke their heart for the poor and abandoned. Upon their return to Brazil, they began organizing a full effort to support the contacts they made in Haiti and help the people of the slum. A few weeks later the massive 2010 earthquake struck the Island of Haiti. In that moment all of their contacts were lost and any way to communicate with them. They were devastated. They had no way to help. They felt the call to care for the poor but no direction. Within the next few weeks a local Brazilian heard their story and made them aware of the favelas that exist in Rio. They had never known of the extreme poverty that existed in their own backyard. They began working in the poorest favela of all of Brazil and soon felt called to move. They left their lucrative jobs and luxurious lifestyle, and they sold their downtown flat in Rio. Using the money they had from selling everything, they found a place of their own on the edge of the slum and planted a church among the poorest of the poor. By faithfulness and passion, they have made a life for themselves among the people they now consider family. Over the last 8 years they have been able to learn how to best serve these people. In Marcus' words "It's not by handouts and pity charity, but by love and discipleship and sharing the word of God." While they still meet the essential needs of those in the community when they can, they offer care and mentorship above all. They offer the hope that is found in Christ alone. They offer new life by the Spirit for those who will listen.

I'm fairly shrewd in my giving and don't just throw money carelessly to the wind. This is a family that I trust with everything in me. Please join me in helping them care for the poor and preaching the true gospel of Jesus. 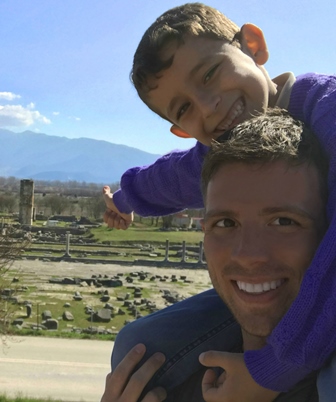 In September, I will be headed back to help with the Syrian refugee crisis. I will be primarily stationed along the southern border between Syria and Jordan in a Christian church that provides physical and spiritual care for Syrian people fleeing the war that has ripped apart their families, homes, and lives. While I am there, I will be leaving a financial gift with the church that will help finance them in handing out clothes and food packages to people who have had everything taken from them. This creates an open door to visit them and share the Gospel. Please join me in helping this church be the hands and feet of Jesus as they proclaim a new gospel to many Muslims who can find true freedom in Jesus.

Giving Note: Please let me know which project you are supporting when you give! Thank you for partnering with me to share the Gospel and meet the spiritual and physical needs of those in our global family.

I truly believe that God wants to use the faithful saints he has placed in my community to extend his glory to the corners of the Earth. Is He not worthy?